North Fork of the Poudre 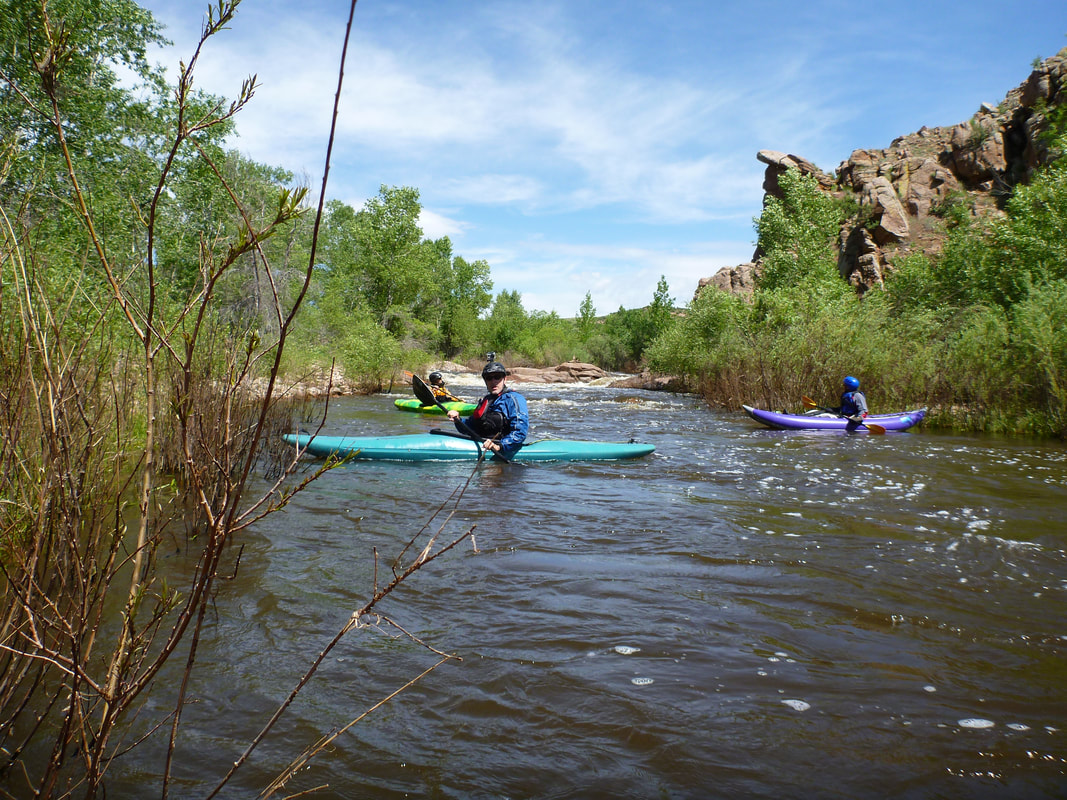 Looking back upstream at the hardest rapid on this float. You can portage river right. Watch out for poison ivy.
Description written by Richard Ferguson: The run starts at the bridge two miles west of Livermore, on the Redfeather Lakes road, highway 74E.   You will see a community center on the right, followed by the bridge, where we have sometimes parked cars.  You should be able to park by pulling well off the road, unless the ground is really soft.   Note that the gauge on the North Fork of the Poudre is right at the bridge.   The put in is right next to the bridge.

The run includes much flat water, punctuated by rocks and an occasional rapid.    However, it is scenic and you will probably see almost no one, except on the Eagles Nest trail, until you get to the dam.   Note that you will be surrounded by private property much of the way, so be respectful of that.   The primary hazards on this trip are fences and downed trees.  The run is generally rated Class II-III.  The season is typically very short.  We ran it at 100 cfs, and did a lot of scraping on rocks; we suggest 150 cfs as the lower limit.

The first real obstacle, within the first half hour, is a pile of rocks where the river splits in two.   At lower water, this must be scouted, and probably portaged.  At 300 cfs, it can be run on the right.

The situation with fences changes from year to year, and perhaps more often.  One party from around 2018 reported a dangerous situation in which they were swept up against a fence after a blind corner.    In May 2021, there was one fence, some distance past the second bridge, we portaged river right.   In 2021, there was a large tree blocking the channel after the last fence, requiring a portage on river right.

Most of the land in the first part of the trip is private; getting out is trespassing.   However, the second bridge is part of Eagles Nest park; this is a good place to stop and stretch your legs.

As we got closer to the reservoir, we saw more fish jumping, and a handful of fishermen who had been hardy enough to walk the several miles from Gateway Park.  One of the fisherman was carrying an impressive fish, so he was rewarded for his efforts.

When you reach Seaman Reservoir, you will paddle 1.5 miles to the dam.   The channel takes some twists and turns, but opens up at the dam.   Head for the right of the dam, stay away from the spillway, which is to the left of the dam.  Portage around the dam, and put in below the dam.   The portage is short, about 500 feet, on a reasonable trail;  we took about 20 minutes, carrying the boats in two trips.  There is another mile or so to the confluence with the Poudre, including one bridge.  When you get to the Poudre, paddle across and almost immediately take out at Gateway Park.   There is a bridge over the Poudre near the confluence, which is the main access to Seaman reservoir.

The run is made up of four parts, the upper section above the Reservoir, about eight river miles, the Reservoir, about 1.5 miles, the portage of about 500 feet, and the outlet, four miles.    The entire run takes longer than one might think.   We took 5.5 hours, although our party was small and efficient, and made relatively few stops.  Some parties have taken more than eight hours, so allow plenty of time.

Keep an eye out for fences and downed trees.   Both of these hazards are subject to change, of course.  We suggest 150 cfs as the minimum flow; 300 cfs is a nice level.   Some folks have run it as high as 500 cfs.  However, we are not sure what is the maximum recommended level. 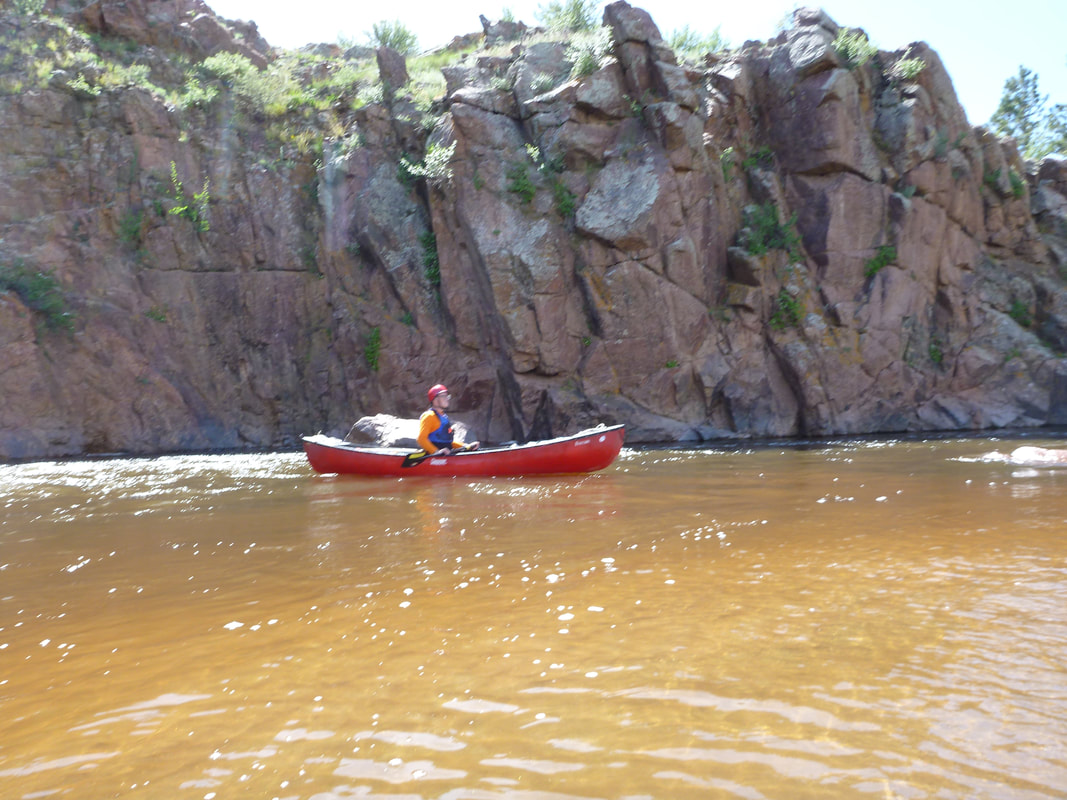 Richard Ferguson floating the North Fork of the Poudre at about 100 cfs.