by Chris Duff, 1999
This book was donated by Mark Riffe.
One man's journey around Ireland by sea kayak.

A sea kayak battles the freezing Irish waters as the morning sun rises out of the countryside. On the western horizon is the pinnacle of Skellig Michael - seven hundred feet of vertical rock rising out of exploding seas. Somewhere on the isolated island are sixth century monastic ruins where the light of civilization was kept burning during the Dark Ages by early Christian Irish monks. Puffins surface a few yards from the boat as hundreds of gannets wheel overhead on six-foot wingspans. The ocean rises violently and tosses paddler and boat as if they were discarded flotsam. This is just one day of Chris Duff's incredible three month journey. (This summary is from the Book cover.) 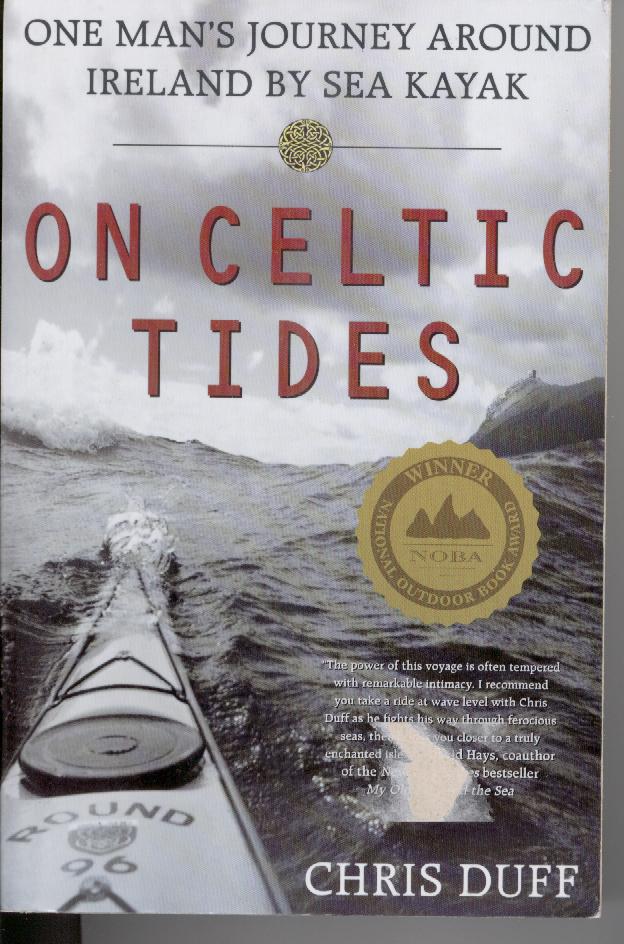