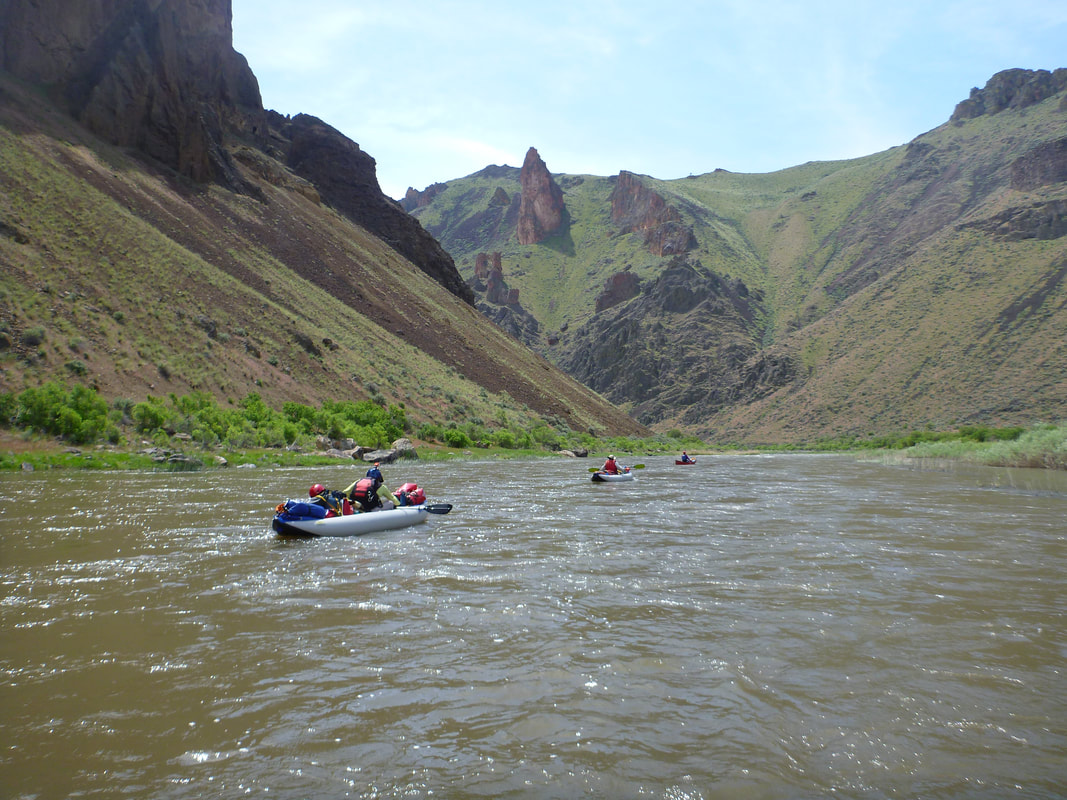 The Owyhee river is located in southeast Oregon. We plan to float the lower Owyhee, starting at Rome and ending at Birch Creek. The Owyhee is rated II-III+. The word Owyhee is pronounced like Hawaii. It was named after some Hawaiians who were sent to explore the area and never returned.

Currently the plan is to drive May 18 and 19, float May 20 to May 24, and drive back May 25 and 26. This may change if the Owyhee has an early thaw and then we would go a week earlier. We would like to keep the size of the group in the range from 5-12 people who have floated long trips on similar rivers.

Travel Day 1: Drive from Fort Collins to near Ogden, UT. Camp at Willard Bay State Park or stay in a motel near Ogden. It is about 600 miles and takes 6-8 hours. You take 287 to I-80 and drive across Wyoming. Then you get on I-84. On previous trips we have stayed at a motel the first night. I think we stayed at the Super 8 in Burley, Idaho.

Travel Day 2: Take I-84 to Boise, ID and then 55 and 95 to Rome, OR, a 350 mile drive. Camp across the river from Rome Station, which is  a gas station and restaurant. You can eat dinner there and get a good breakfast before you launch. It also handles the shuttle. You fill out a permit at the campground and leave one copy in the box and take the other copy with you on the river. We used Owyhee Adventure Shuttle Service the last trip and they worked out well. Jack Tinges is the owner and his number is 541-586-2548. If you have time, Sacagawea's child, Jean Baptiste Charbonneau,  is buried  near Danner just off of Highway 95 before you get to Rome. He was in a group going from the California gold fields to new gold strikes in Montana and he caught pneumonia, dying after crossing the Owyhee river. He at 61 years old. 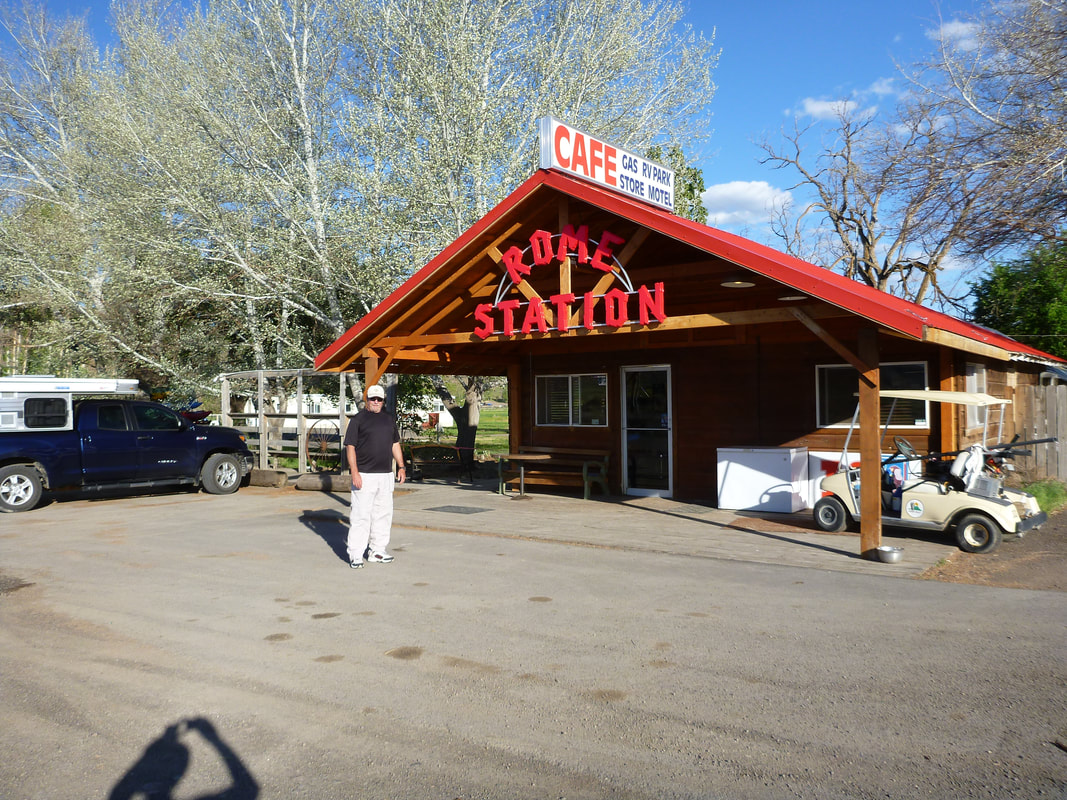 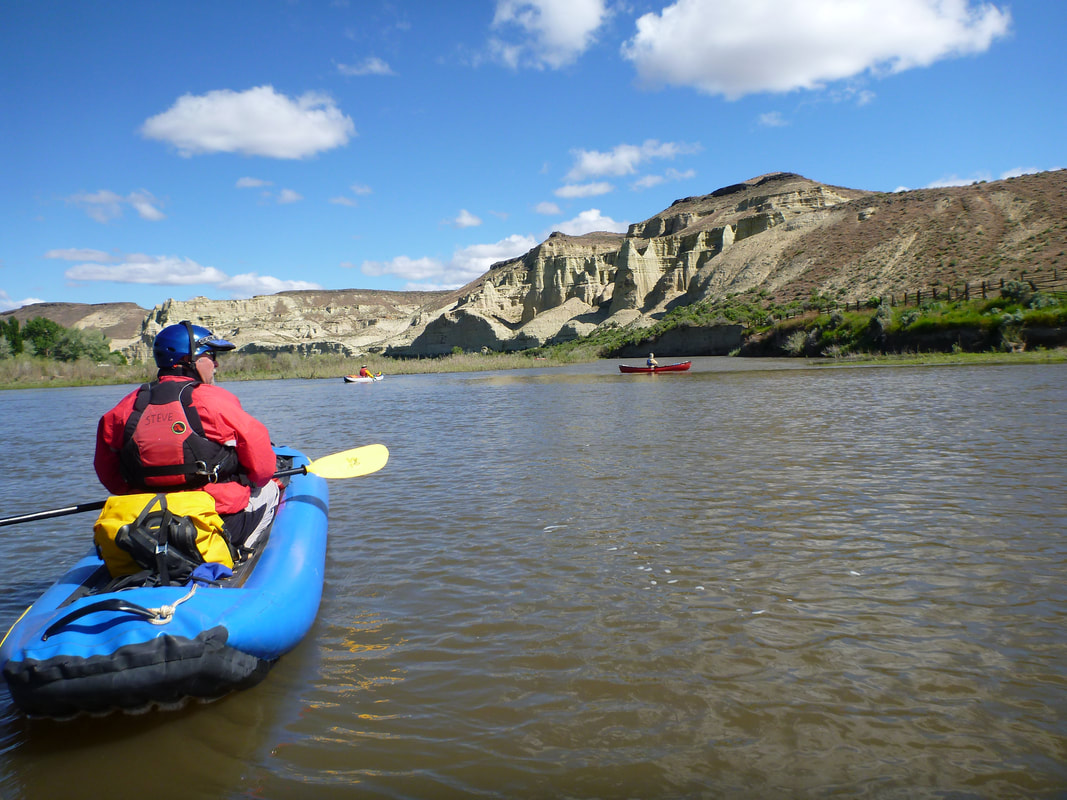 We have photos of our 2011 float at 5,000 cfs at the bottom of this page:
www.flickr.com/photos/poudre-paddlers/albums/72157626904745267
Here is the start of a nice 5 part video on the Owyhee. It was 540 cfs at the put-in and 470 cfs at the take-out.
https://www.youtube.com/watch?v=30TRnzMDql8
There is a nice video of a 215 cfs low water float on the Owyhee. It seems a little too low, but doable. Note how they outfitted their SOAR so it has nothing on the bottom.
https://www.youtube.com/watch?v=hO_joORRReA
How the Owyhee got it's name, see History, Naming
https://en.wikipedia.org/wiki/Owyhee_River
Owyhee River flow at the Rome gauge near the put-in
http://waterdata.usgs.gov/or/nwis/uv?site_no=13181000
Owyhee on American Whitewater
http://www.americanwhitewater.org/content/River/detail/id/1538