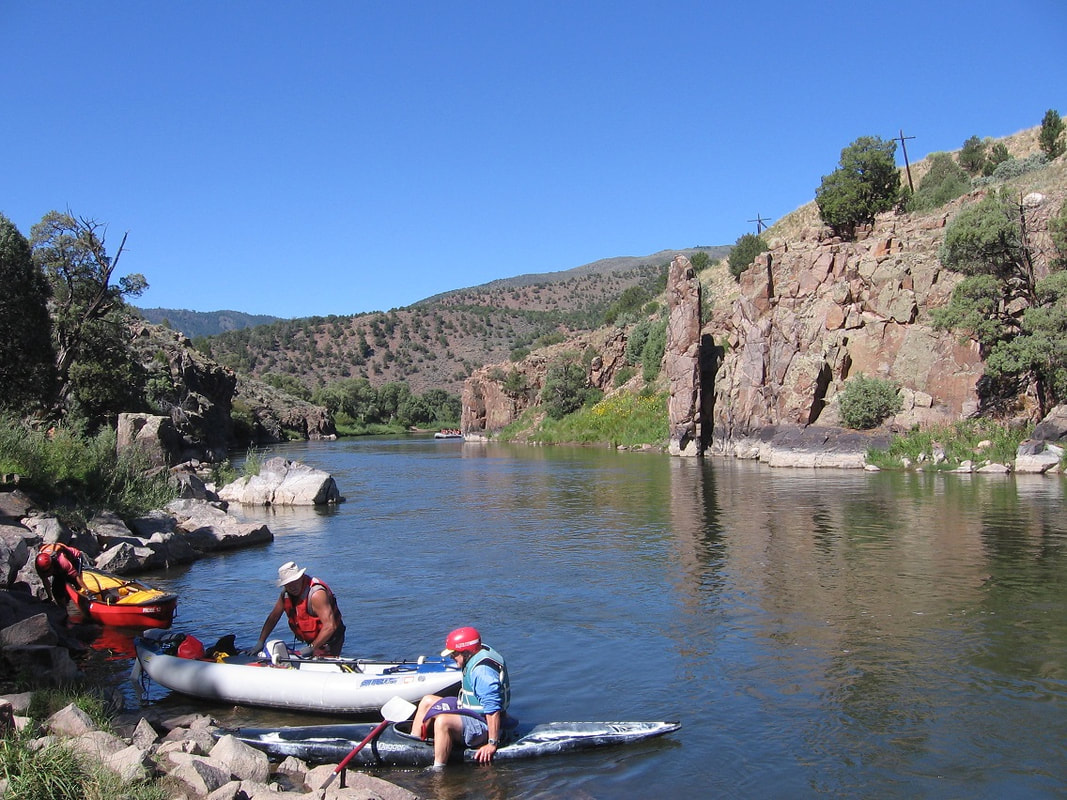 Stopping at the hot springs on the Pumphouse float
Rating: Class II/II+

Short Description courtesy of Steve Cassells, who hosted this float for many years: Join us on a nice cruise on a Class II/II+ trip through beautiful mountain scenery. Even the drive is pretty. There is enough whitewater to keep your attention and enough flat water to be able to enjoy the views and look for wildlife. A couple of pleasant surprises await first timers.  Note that this year we are floating on Sunday. You may want to drive up Saturday and camp at Pumphouse Campground. (On Saturday we are doing the Blue which is Class III.)

Directions to Pumphouse: Trough Road intersects highway 9 just south of Kremmling, Colorado. Go west on Trough Road. Trough Road is also labeled as County Road 1. Take Trough Road about 10 miles and take the turn off for the Pumphouse Campground. The put-in is at the #2 boat ramp, which is near the campground. There are three boat ramps at Pumphouse, so go to the middle one near the campground. Driving from Fort Collins via I-70 takes about 3-3 1/2 hours depending on traffic. Some paddlers will probably drive up the day before and camp at Pumphouse. There is a camping fee.

Driving to the area: We are meeting at the Pumphouse boat launch #2 on Sunday at 8:30 am. That is early, so you would have to drive up very early on Sunday or may want to drive up Saturday afternoon.  To avoid the Denver traffic, you can follow the Poudre to Walden and then to Kremmling. It takes about 4 hours on this long route, but it is scenic. The reason we start so early is that the winds and storms can get bad up there. Steve Cassells floated it one year in a raft and it took 9 hours instead of the usual 5 because of strong winds. And we have to drive the shuttle in the morning which also takes some time.

Camping: Those who go up the day before the float generally camp at Pumphouse Campground, where the put-in is. If the campground is full, the next one down the road is called Radium Campground and we could camp there. The other alternative is to camp at a nice RV in Kremmling.

8:30 am Saturday:
Unload your boat at the put-in. Then drive the shuttle. Drive back to Trough Road and follow it south (right turn) . Go to the take-out at Yarmony Bridge. Yarmony Bridge comes after Rancho del Rio and is hard to miss as it crosses the river.

Distance:
The float is around 12-14 miles to Yarmony Bridge. It takes around 5 hours assuming a stop at the hot springs and a stop for lunch.

Rapids:
There are two named rapids. The "Eye of the Needle" comes first when you enter the canyon. Go to the right of the big rock that sticks up in the middle of the river. Then look ahead and dodge rocks and avoid walls. There is no good place to scout this rapid and scouting really isn't necessary. There are a few rocks and this continues about a 1/4 of a mile. At 1500 cfs, the waves are larger, but there are fewer rocks. The second rapid is the "Yarmony Rapid." It occurs after the Radium Bridge. We will scout the rapid by stopping in the eddy before it on river left. To run it, you enter on the tongue on the left and then work across to the right about mid-way down, then stay to the right of the big wave at the bottom. The rapids are not too difficult, being Class II at 1000 cfs and class II+ at 1500 cfs.

List of Items along the River:If you have questions, just ask the host listed below.

If you are doing the Blue also, there is a description of the Blue float also. 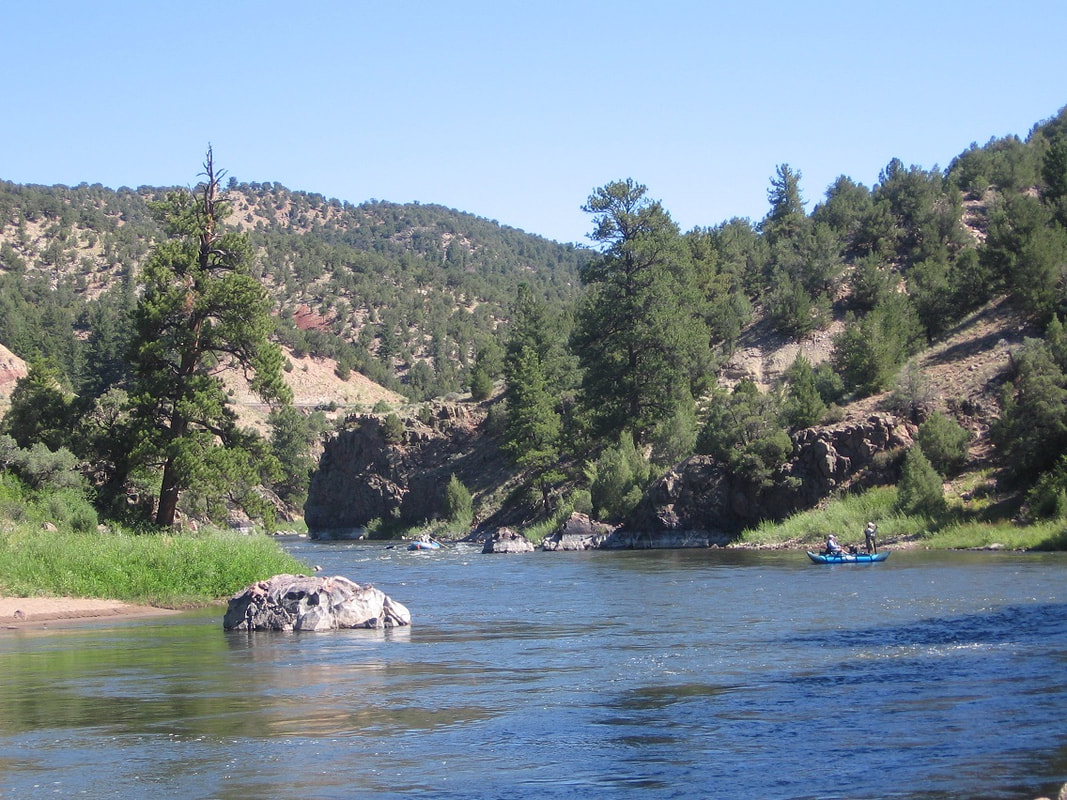 The Colorado River on the Pumphouse float