Sunk Without a Sound

by Brad Dimock, 2001
This book was donated by Debbie Hathaway and Brad Davidson.
The Tragic Colorado River Honeymoon of Glen and Bessie Hyde.

Glen and Bessie Hyde began their honeymoon trip down the Green and Colorado Rivers on October 20, 1928. A month later they hiked to the
rim of Grand Canyon, resupplied, and returned to their boat. When they did not arrive at trip's end, Glen's father launched an exhaustive search of lower
Grand Canyon. The Hyde's crude Idaho sweep scow was found in calm water, fully loaded. But Glen and Bessie had vanished without a trace. So began the greatest mystery in the annals of whitewater navigation. 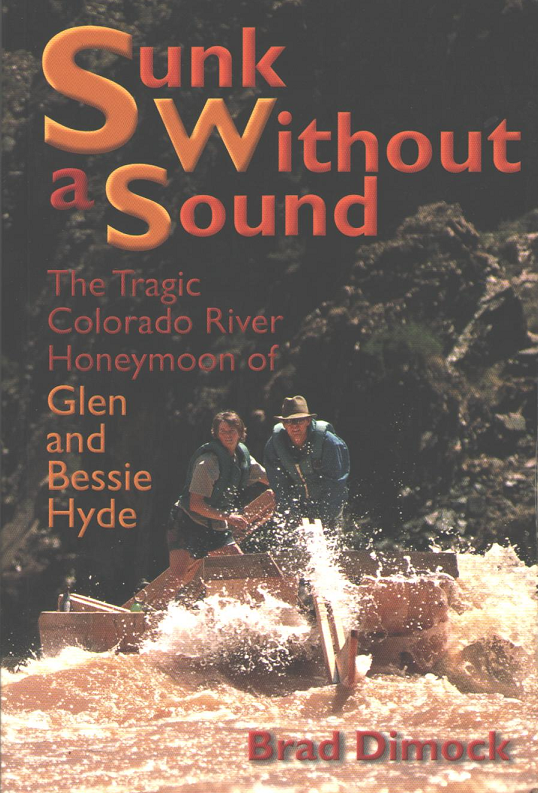