by Candice Millard, 2006
This book was donated by Debbie Hathaway and Brad Davidson.

(Description from the publisher)

In a gripping account, Millard focuses on an episode in Teddy Roosevelt's search for adventure that nearly came to a disastrous end. A year after Roosevelt lost a third-party bid for the White House in 1912, he decided to chase away his blues by accepting an invitation for a South American trip that quickly evolved into an ill-prepared journey down an unexplored tributary of the Amazon known as the River of Doubt. The small group, including T.R.'s son Kermit, was hampered by the failure to pack enough supplies and the absence of canoes sturdy enough for the river's rapids. An injury Roosevelt sustained became infected with flesh-eating bacteria and left the ex-president so weak that, at his lowest moment, he told Kermit to leave him to die in the rain forest. Millard, a former staff writer for National Geographic, nails the suspense element of this story perfectly, but equally important to her success is the marvelous amount of detail she provides on the wildlife that Roosevelt and his fellow explorers encountered on their journey, as well as the cannibalistic indigenous tribe that stalked them much of the way.
Copyright © Reed Business Information, a division of Reed Elsevier Inc. All rights reserved. This text refers to the hardcover edition. 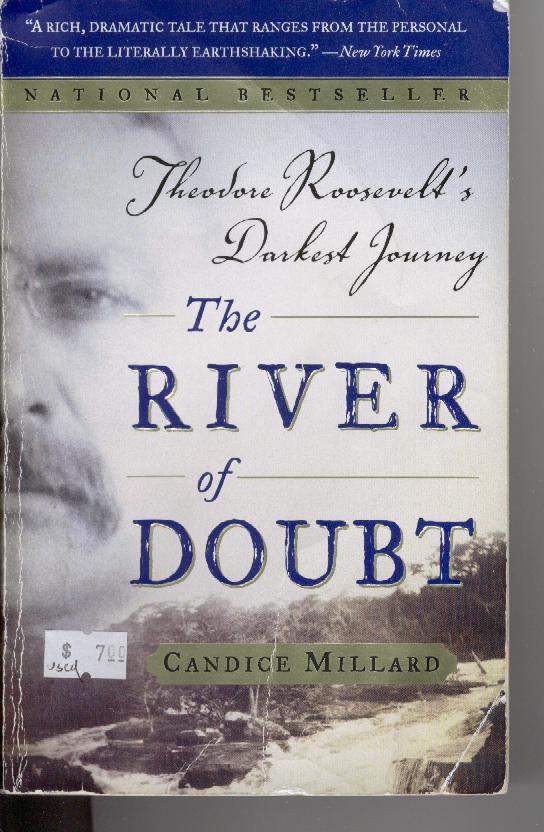